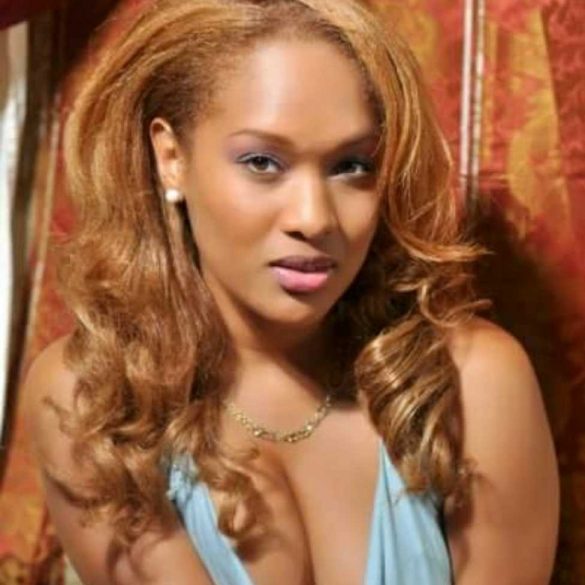 The Jamaican bred Joy Daily “Multi Media Internet Diva” is a journalist, documemtary filmmaker, public speaker and radio personality. Video Production has been apart of Joy Daily’s life for almost 2 decades. After graduating from Temple University with a Bachelor’s Degree in Broadcast Communications Joy relocated to New York City to pursue her career as a Video Journalist, Editor and Producer. Her first job after college was with WNYW Fox 5 where Joy got a taste of the entertainment industry by interviewing various celebrities at red carpet events and press conferences. Joy Daily later honed in on her editing and production skills by working with various production companies producing television commercials and feature films.

Joy Daily has also served as a Public speaker for Princeton University’s Arts and Hip Hop organization. She was selected by Jay Z and Rocawear clothing to be one of the models for Rocawear clothing and apparel Diamond 10th Aniversery viral campaign. Joy Daily impacted the internet world by establishing a successful development with Realtalkny.net, AllHipHop.com, Thisis50.com,  Worldstarhiphop.com and NecoleBitchie.com producing a range of successful original content for the networks. Joy has interviewed the greatest talent in the music and film worlds from Rick Ross, 50 Cent, Meek Mill, French Montana and Trey Songz to Hollywood Actors like Antonio Banderas and Alfre Woodard. Joy Daily’s honest and uncompromising storytelling has garnered respect in the entertainment industry.

The release of Joy Daily’s controversial documentary “Complexion Obsession” caused quite a stir on the internet. The film stars Actress Melyssa Ford, Rappers Rick Ross, Paul Wall, and Cassidy, Author Thembisa Mshaka, and Temple University Black Studies chairman Dr. Norment. The intense and eye-opening documentary film features real industry professionals addressing the reality of light verses dark skin in an industry that influences millions of children and teenagers around the world. The in depth interviews give a raw and honest look at the industry and the double standards are exposed. Joy Daily uncovers and reveals the under belly of a practice that has been kept in the closet for generations.

Joy Daily spread her wings into the world of radio after joining The Legendary DJ Kay Slay on ‘StreetSweeperRadio’ as cohost  where Joy dishes the latest celebrity and Hip Hop News.

Joy Daily continues to blossom as an entertainment journalist as she graced Television screens across the world as a correspondent for TMZ Live.  Joy shares her opinion about varies celebrity news stories on the Live show. Joy has made countless appearances on TMZ Live where the show absolutely loves hearing from Joy Daily.

Joy Daily’s latest documentary has garnered over 4 million views on YouTube and was also featured on countless blogs including Worldstarhiphop.com.  Joy Daily’s Cake Soap Skin Bleaching in Jamaica uncovers a growing trend sweeping the island. Joy Daily takes a deep look into the world of Skin Bleaching in Jamaica. This highly anticipated documentary is raw and uncut. It was shot over the coarse of one year in Jamaica and  it will leave you shocked and amazed when you see the lengths that some Jamaicans are going to in order to achieve a lighter skin tone. Cake Soap is a must see and it will leave you asking for more! Joy Daily continues to make her mark in the Entertainment Industry as the voice of the people bridging fans to the entertainment world.